It's with great sadness that we announce the passing of Rodrigo “Rod” Garcia, SHPE’s founder, on July 2, 2022.

The saying goes, “We’re standing on the shoulders of giants,” and Rod was our giant. He was a visionary, leader, advocate, and friend. The SHPE of today – and tomorrow – is only possible because of the work he started almost 50 years ago. 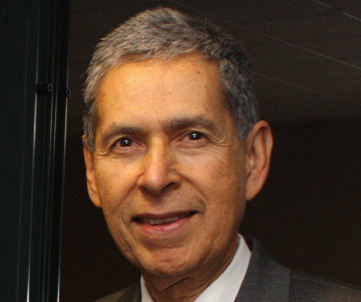 The Founder of SHPE

The saying goes, “We’re standing on the shoulders of giants,” and Rod was our giant. He was a visionary, leader, advocate, and friend. The SHPE of today – and tomorrow – is only possible because of the work he started almost 50 years ago.

Rod was an engineer through and through. He believed that there was no problem that couldn’t be solved with a methodical, actionable plan. And he approached the impetus of SHPE’s mission with this exact attitude.

It started in his garage in 1973, but he and the six other cohorts present knew what was possible. It was obvious that the Hispanic community had much to contribute to STEM fields, they just needed some guidance on how to break into the mainly white-male dominated industry. A national organization dedicated to bridging the gap between Hispanics and STEM would do just that.

But what would become the largest nationwide Hispanic STEM association, began rather tediously.

“We had a roster of all the engineers in California. And we went through it and picked out the Spanish surnames and sent them a solicitation. There were about 500 on the list, and we got 50 to join. That was the beginning.” Rod reminisced. It was not a glamorous origin, but again, it was a methodical, actionable plan. Exactly what Rod intended.

In 1974, SHPE was officially incorporated, its office listed as a P.O. box in Los Angeles. Garcia served as the first president, and focused on establishing SHPE’s first collegiate chapters.

Nearly a decade later, SHPE began professionalizing its operations, and in 1982, Rod became the first Executive Director. He held that position for 7 more years. In that time, SHPE grew and regionalized its chapters, giving more power and consideration to local needs while using it to inform national governance and direction. As SHPE’s membership grew, so did its influence and focus on leadership. Members testified on Capitol Hill and NILA was formed. Rod was the driving force behind it all – methodical, logical, following that plan.

He once explained, “Keep in mind – what’s the big picture here? The big picture is what you’re doing for the community. And I even think further than that. Because I always felt what we were doing, we were doing for the nation. We’re a fairly large demographic in the United States, and whatever we do to benefit our community, is benefiting the nation.”

Rod understood that, even with the support of SHPE, making a career in STEM as a Hispanic was hard work. But he always urged students to look beyond. “It is a big commitment and sacrifice to study and make a career in STEM. But when you look at what it does for your family, community, and nation, it doesn’t seem like such a big sacrifice anymore.”

Garcia’s involvement in SHPE stayed consistent even when he passed off the Executive Director hat. He returned to the Board, and attended the National Convention each year, taking the time to talk to students one-on-one to discover their story and motivations. He never underestimated the small actions needed to make a big impact.

Rod passed away Saturday, July 2, 2022 surrounded by family and friends.

“Rod changed the face of our nation.” Miguel Alemañy, SHPE’s 2021-2022 Board Chair states. “He created what has become the largest STEM organization for Hispanics, impacting thousands of lives every year. He was a visionary giant and as such we should remember him with admiration and love.”

“Success means a lot of things to a lot of people. To me, it’s that people have attained something that they want to accomplish.” Rod said in an interview about the founding of SHPE. Based on this metric, and pretty much any other, Rod’s success is undeniable. He formed a plan, and he executed it step-by-step. He is the pinnacle of what can be achieved with methodical implementation and logical precision. You can change the world.

“SHPE will be forever grateful for Rod, his exceptional mind, endless compassion, and commitment to Hispanics in STEM.” SHPE CEO, Chris Wilkie says. “Today his legacy is over 13,000 strong and five decades long. He will be deeply missed, but never forgotten.”

The service is still being planned, and more information will be announced soon.

Thousands of members, staff, and friends from all over the country have shared their memories, thoughts, and feelings about Rod. One thing they all have in common — from personal friends to colleagues to volunteers— is how they’ve been touched by his passion and generosity. You can view some of these messages below. #rememberingrod

Share Now
"What a legend! He will be missed greatly. Thank you to his family for sharing him with our SHPE family. Thank you for making the world a better place for the next generations."
David Sanchez
"My sincere condolences to his family and loved ones. He will be missed. He impacted my life in such a positive way early in my career, and I know he did that for tens of thousands. His legacy will live on."
Jorge Raziel
"Rod was an amazing person that positively impacted the lives of so many. Such a great person and leader. Condolences to his family."
Mariechelle Bonifacio
"A visionary in the organization and a lifetime of leadership. He will be missed. My condolences to his family and the SHPE family."
Neftali Aguilera
"Very sad to hear of his passing. He created such an impactful organization for our industry that has helped many of us navigate the engineering profession. Had the pleasure of meeting him and working with him on the relaunch of SHPE LA chapter. What a legacy he leaves behind. May he Rest In Peace."
Judith Ibarra-Bianchetta, PE, CFM, ENV SP
"A Titan. A Visionary. A Champion. Humble. Generous. Selfless. An Example to Aspire to...but more importantly someone who won't be forgotten. I cannot express my sadness in hearing about this but fortunate to call this man my friend and thankful that I met him when I did. Rest in peace Rod...you've done more than most could do in 2 lifetimes. Dios te bendiga mi amigo..."
Robert Delgado
"Rod was an Icon in the industry and has left his finger prints with SHPE, small businesses and colleagues. He was a true gentleman and professional in dealing with everyone, at all levels."
S. Michael Tahan
"A true champion of small business in our industry - and always willing to lend an ear and help others. Rod's legacy lives on through so many great SB programs now. Condolences to his family."
Sheila Wray Given
"QEPD. Thank you for building such an amazing organization. In college, SHPE became more than a club for me. It became my support system, I built life long friendships and found my place as an engineer because of SHPE."
Fabián Duarte
"He created opportunities for thousands of Hispanic engineers like myself. May he rest in peace."
Daniel Fonseca
"It is with great sadness when we were notified that the SHPE founder passed away. We wanted to send you our sincere condolences and wish a lot of success to your organization moving forward in continuing Rod's vision and passion."
Sima Hassassian, Chief Operating Officer, GEM

Here are a few pictures we have of Rod over the years. Do you have a picture of Rod that you’d like to share with the Familia? We’d love to add it! 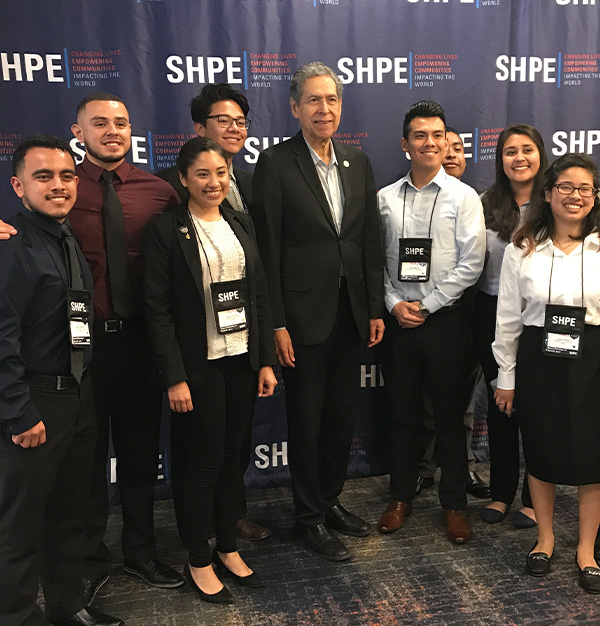 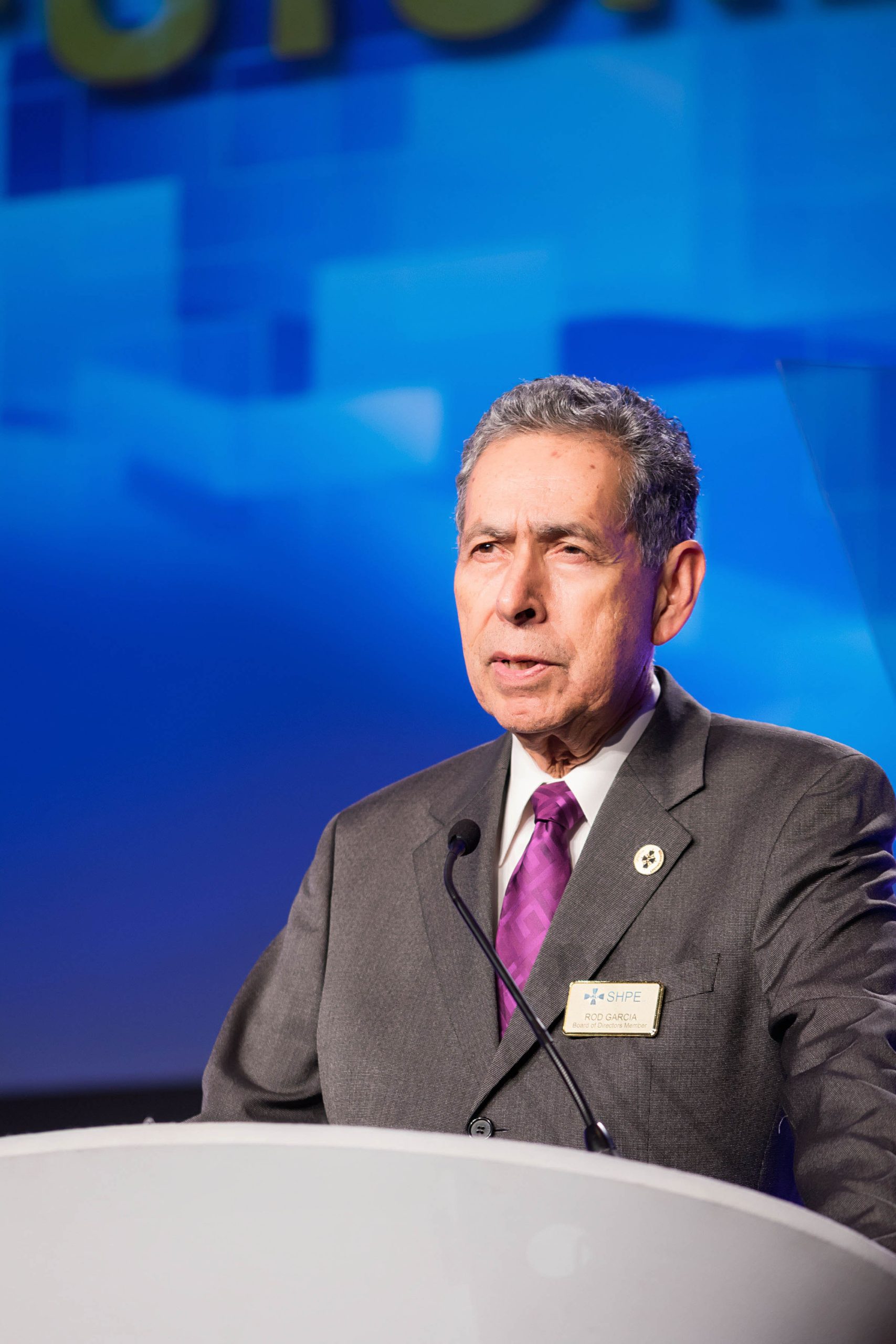 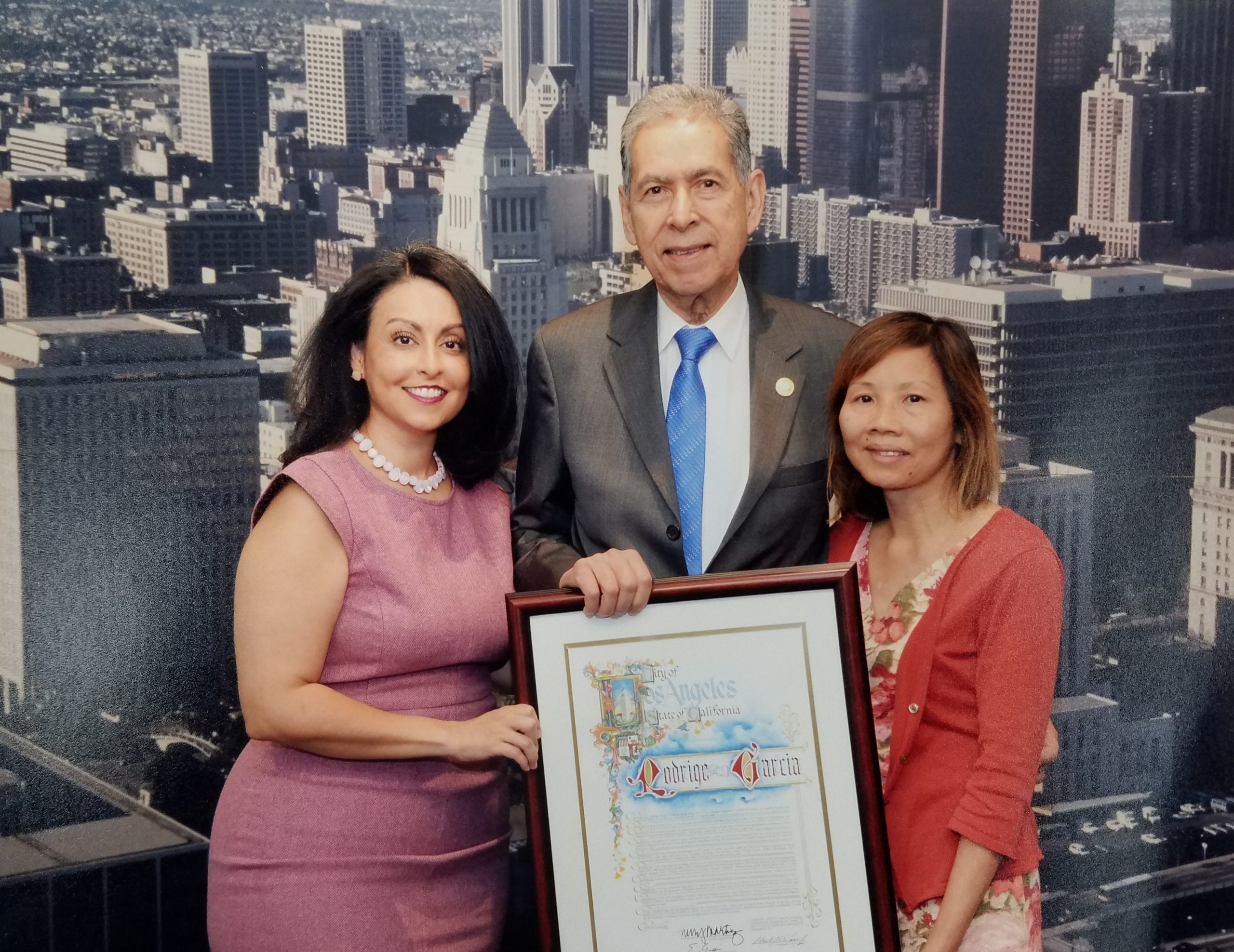 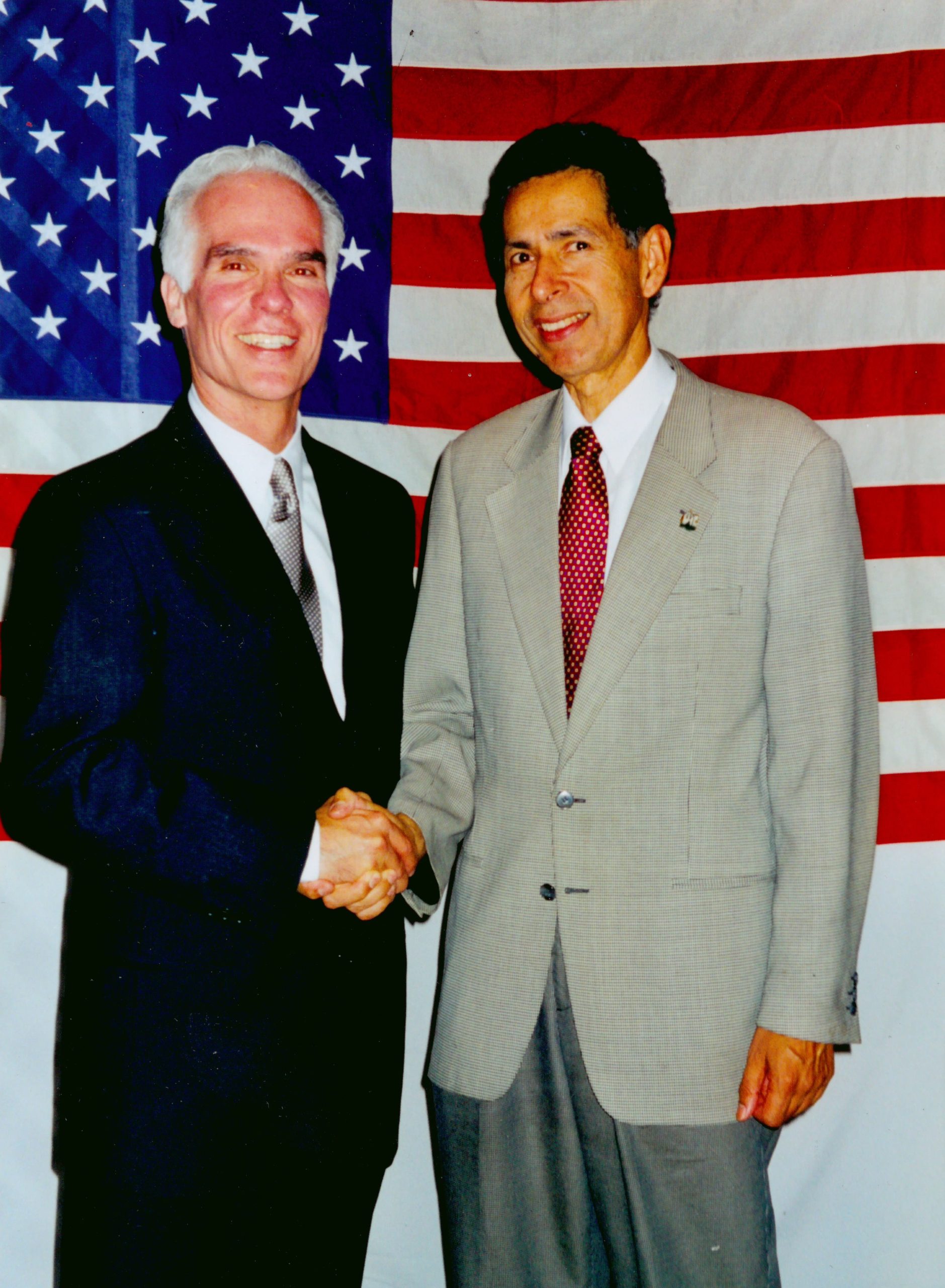 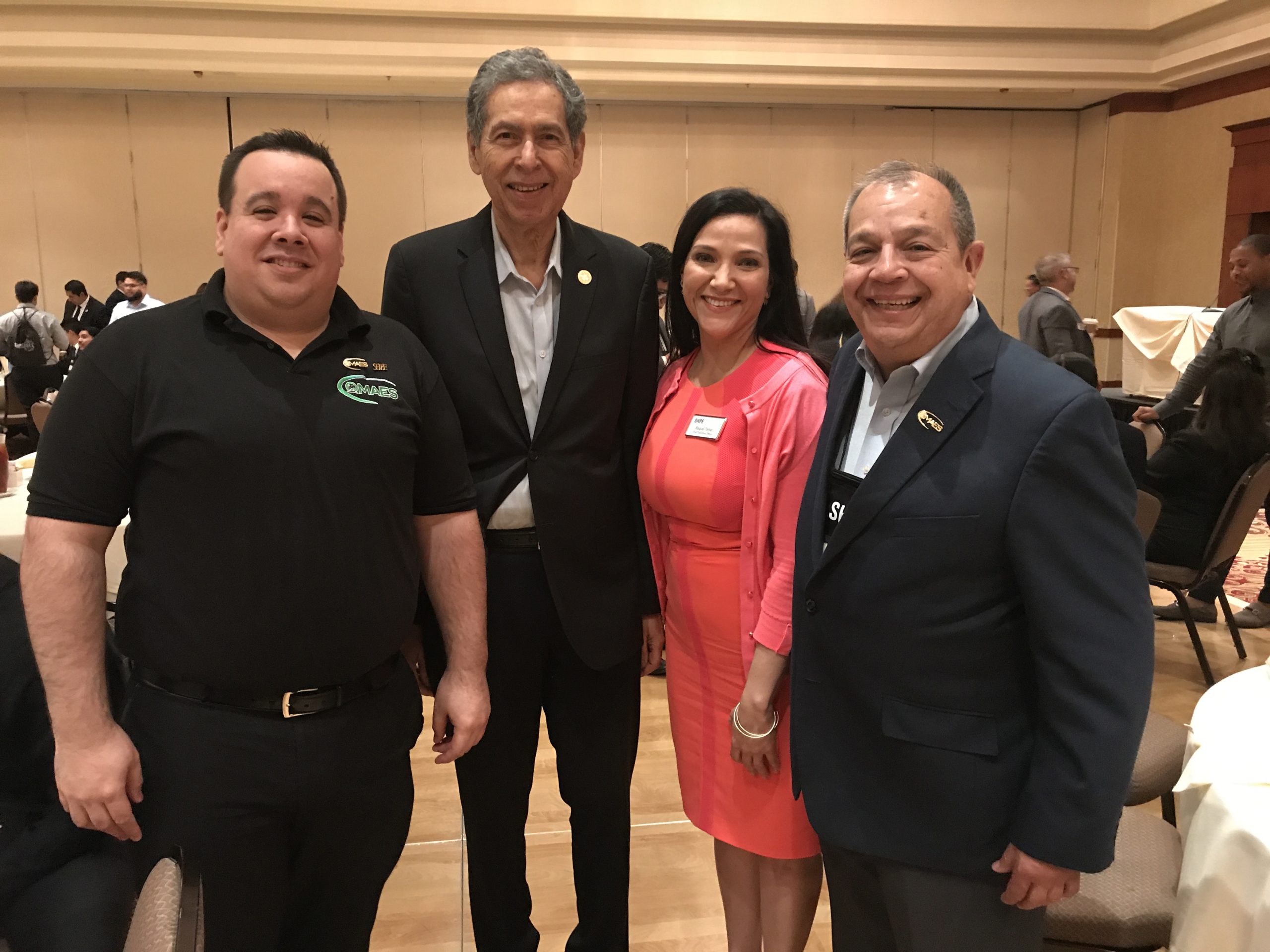 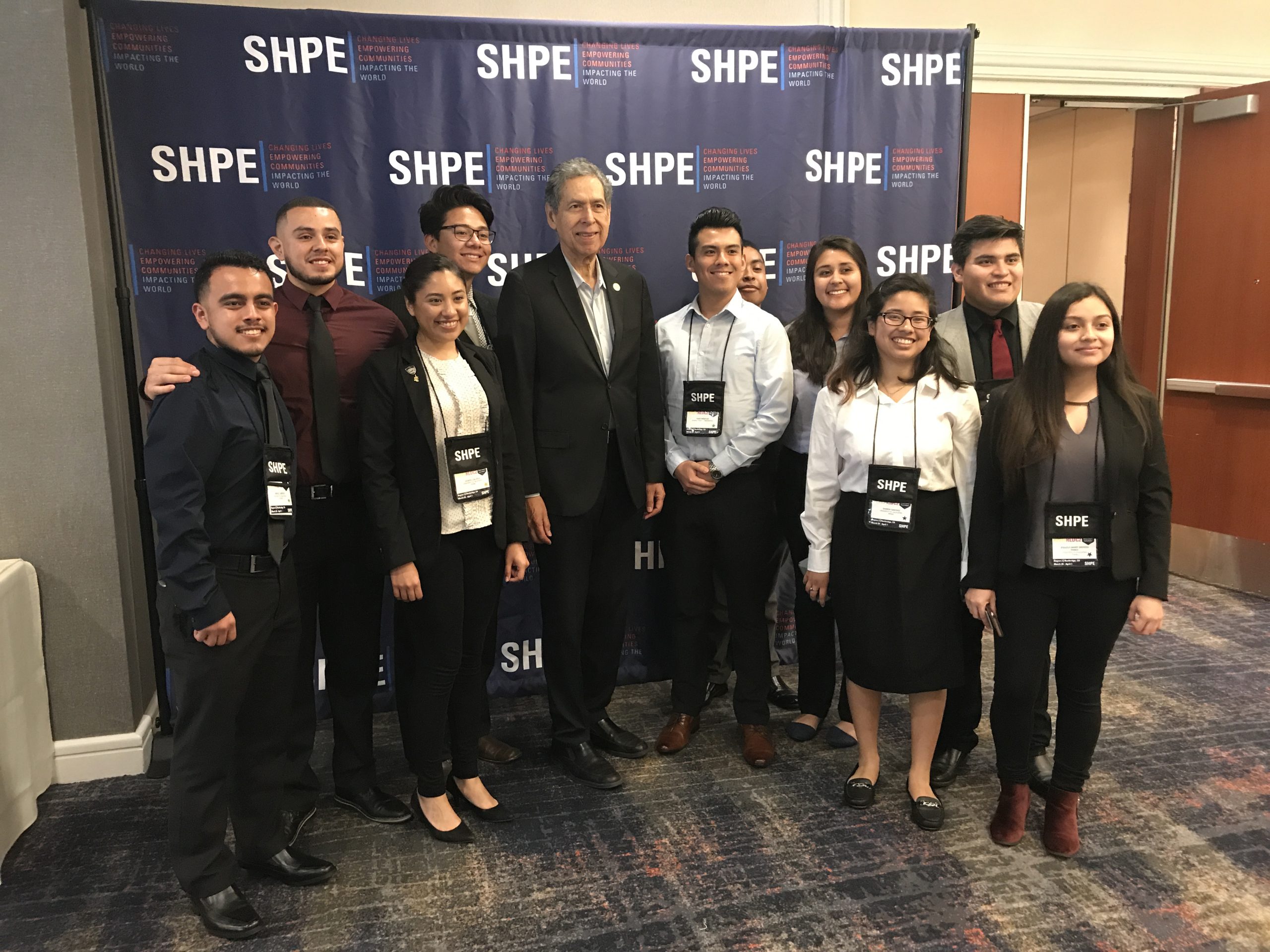 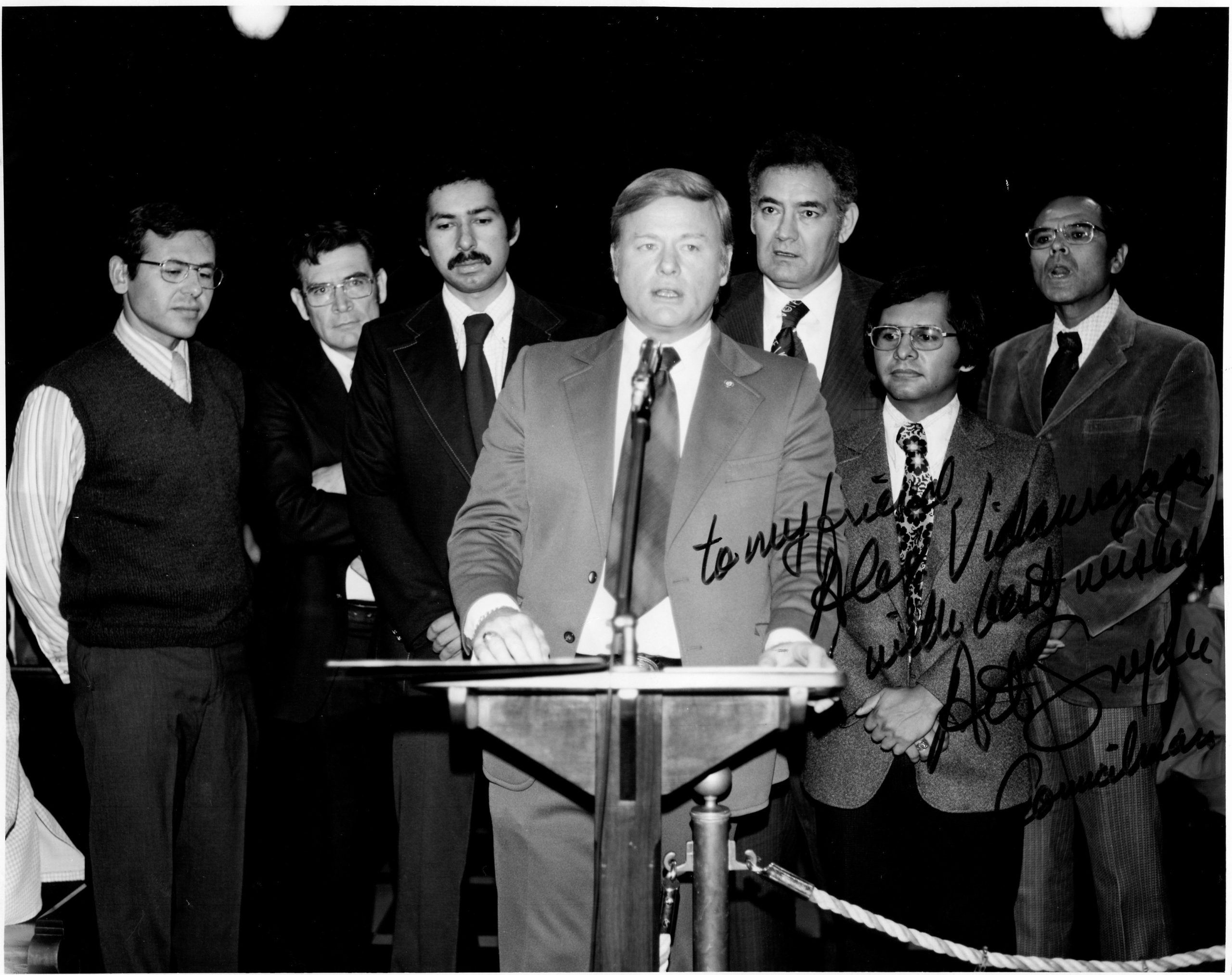 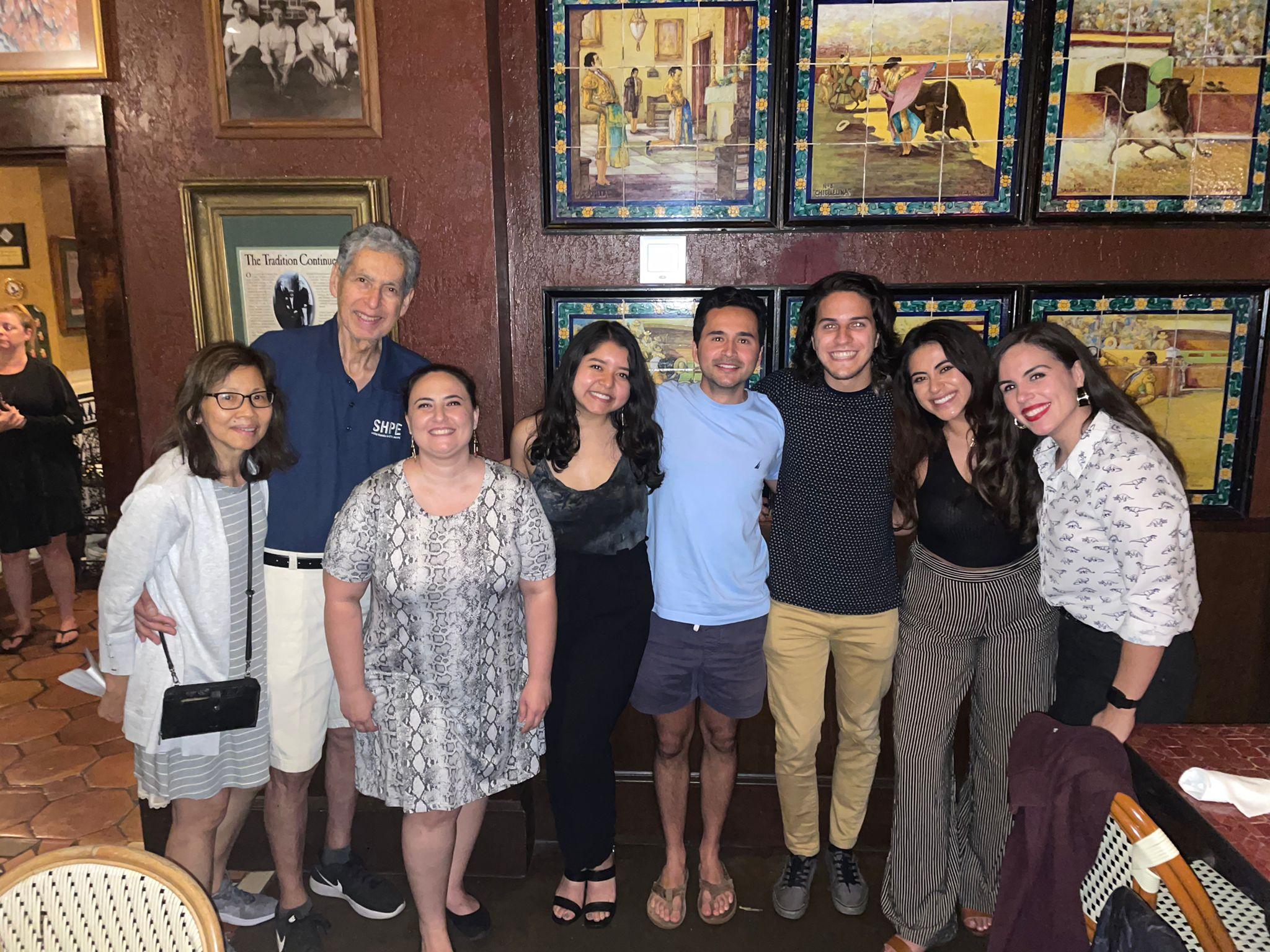 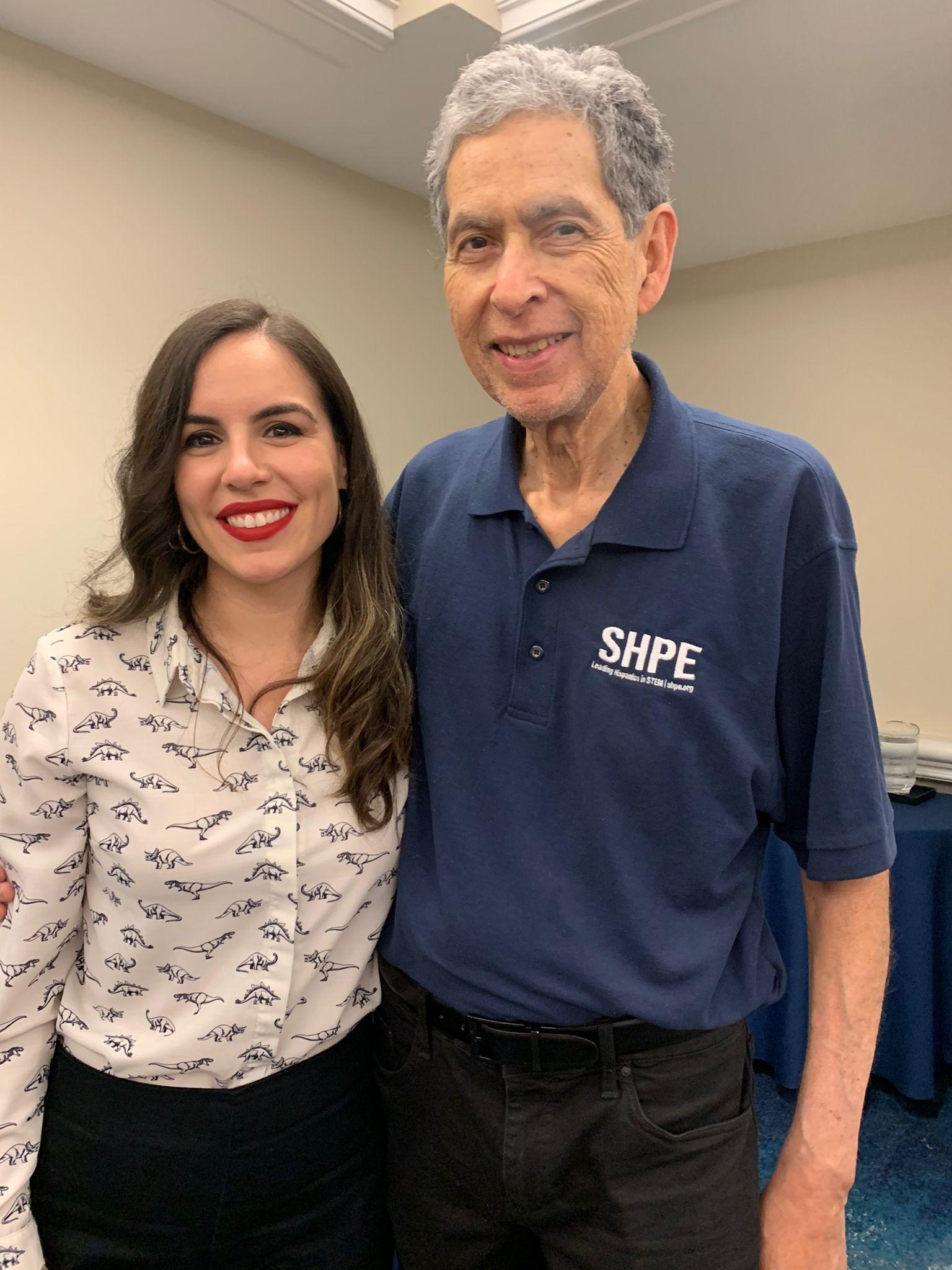